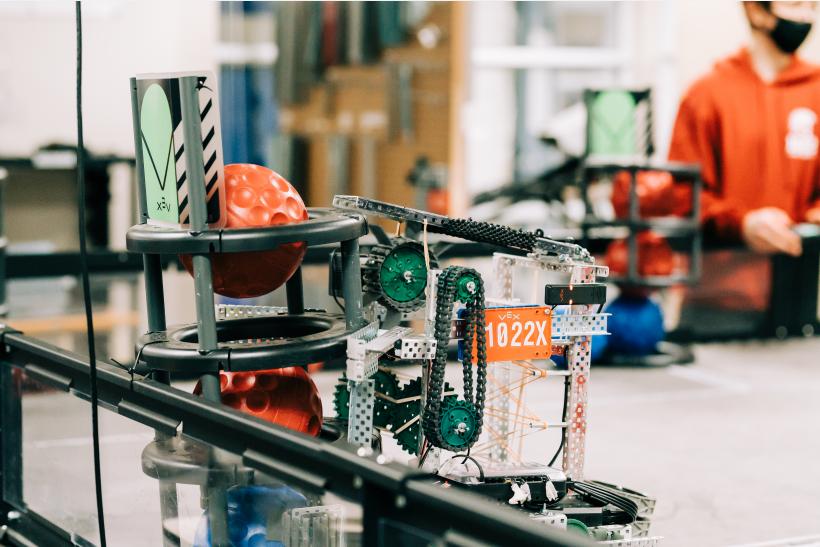 May 2022 - VEX Robotics teams competed at the World Championships in Dallas Texas and finished in 9th
and 20th places in their divisions (22,000 teams from around the world competing!).

March 2022 - Claremont Robotics Teams competed against thirty other teams from across Vancouver Island and brought home five awards including Most Sportsmanlike! Four teams from Vancouver Island qualified for the World Championships and Spartans took three of those four spots.